What these figures demonstrate is that the old industrial heartlands and the rural areas are desperate for investment that will bring jobs and prosperity says GMB.

Gross domestic product (GDP) is a key measure of economic development and growth. This data presents a regional analysis of GDP for the UK and Republic of Ireland at NUTS2 level, based upon the level of GDP per inhabitant (often used as an indicator of living standards). The latest figures available are for 2010. See map in notes to editors for geographies used in the analysis of the latest Eurostat figures by GMB.

West Wales and the Valleys has the lowest gross domestic product per inhabitant at 70% of the EU average or 63% of the UK average. Other sub regions in the bottom 12 are Cornwall and Isles of Scilly 72%,Tees Valley and Durham 77%,Lincolnshire 78%,Merseyside 81%,East Yorkshire and Northern Lincolnshire, South Yorkshire and Shropshire and Staffordshire 81%, Lancashire 83%, Border, Midland and Western in Ireland 85% and Northern Ireland 86% of EU average. The latest available figures from Eurostat for all areas in UK and Ireland are set out in the table below.

NUTS geographies (Nomenclature of territorial units for statistics) is a geographical system which subdivides the territory of the European Union into regions. Its aim is to provide a single and coherent territorial breakdown for the compilation of EU regional statistics. See notes to editors for sources and definitions.

Paul Kenny, GMB General Secretary, said “These figures confirm the Mrs Thatcher’s legacy to the old industrial heartlands is that they have fallen far behind the EU and UK average in terms of output and living standards.

The figures also show that for South East far from it all being an economic success story there are areas below the average. The figures are for 2010 but there has been little or no recovery since then. Few will realise that the economies of Cheshire or those areas off the M4 corridor are stronger than Essex or Kent.

What these figures demonstrate is that the old industrial heartlands and the rural areas are desperate for investment that will bring jobs and prosperity.

The whole range of active public policy instruments to deliver industrial development in these sub regions is an urgent necessity. Economic development has to be a major responsibility for national and local governments and the EU and there has to be co-operation between the public and the private sectors. Development requires the mixed economy in action”

See map of sub regions in UK and Republic of Ireland 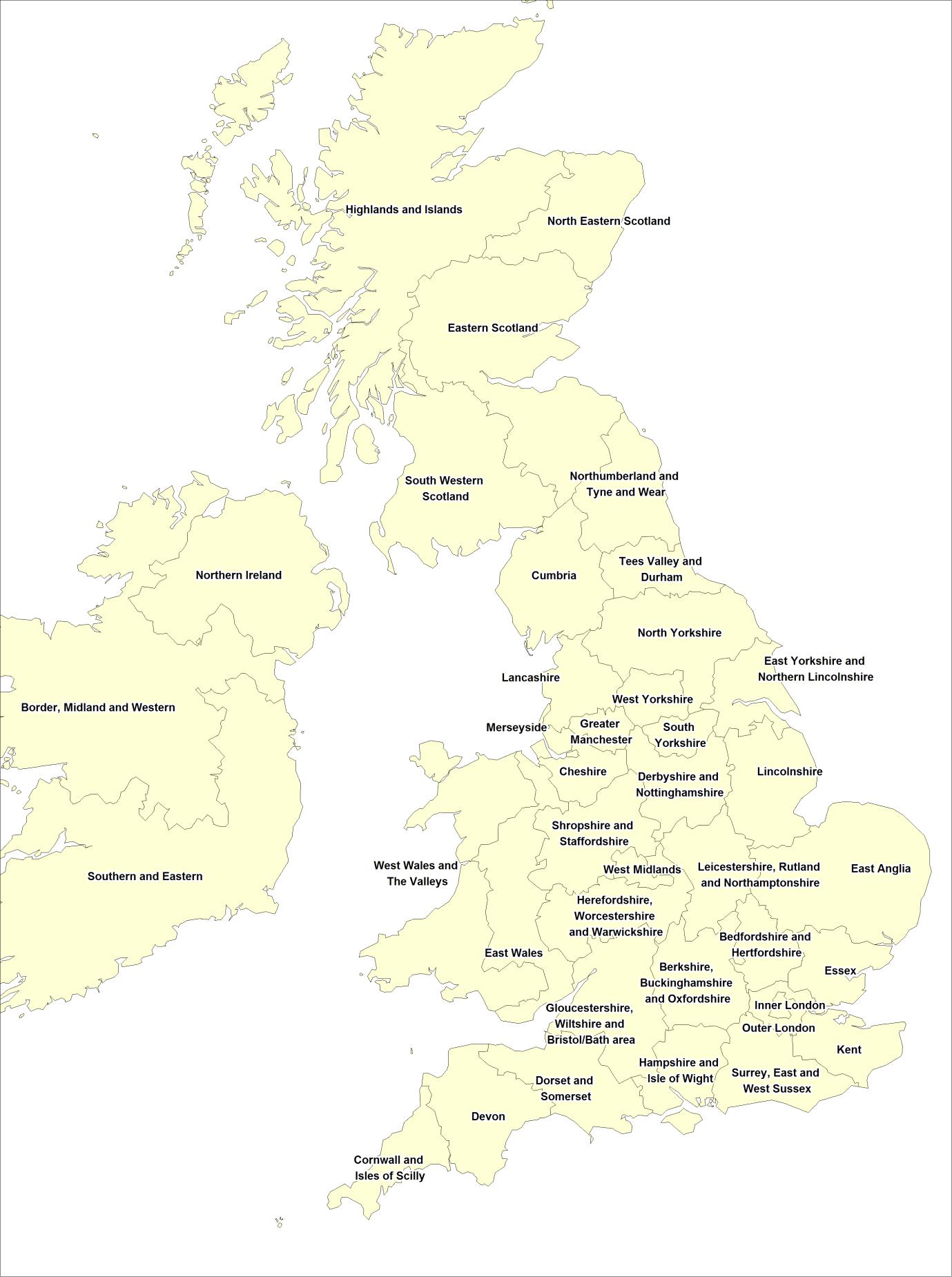